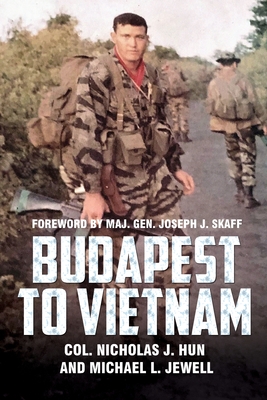 NICK HUN gives his account of what it was like to serve in combat as an officer with the 5th Special Forces, the 173rd Airborne Brigade, and as a pilot with the 190th Assault Helicopter Company, flying "guns" over the same ground he fought upon wearing a Green Beret.

After two tours in Vietnam, he fulfilled the remainder of his thirty-year army career in the Military Police Corps, retiring as a colonel and being appointed Commissioner of Corrections for the State of West Virginia. BUDAPEST TO VIETNAM is his story